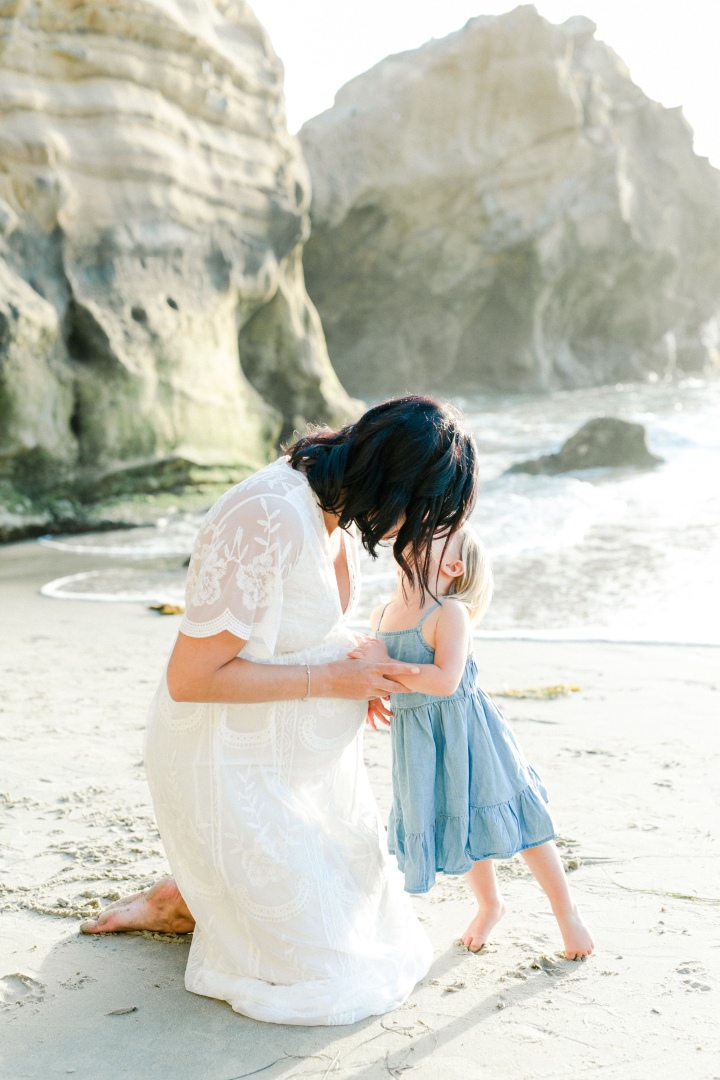 I always had huge ambitions  for my career and personal life.  For as long as I can remember I pictured myself with kids, at the same time I pictured myself as a successful business woman, being a bad ass executive.  Little did I realize how conflicting those two dreams would be in real life.

Let me back up a bit…I had my first baby in 2017 and went back to work 16 weeks after she was born.  It was really hard…really really hard. What I thought was going to be hard was (leaving my baby), but I didn’t realize everything else that was going to be a challenge-trying to nurse, feed baby solids, bathe, do songs, stories and spend quality time with her racing against the clock so she get to bed on time (which was an hour after getting home).  Pumping everyday at work, stressing about not getting enough so having to pump before and after work too, which meant non stop cleaning bottles and parts everyday.  My husband and I would go days with barely having conversations with each other. I was often so worn out and exhausted that by the time we got her to bed, cleaned up and prepared for the next day I didn’t even want to have a conversation with him.  Weird as it may sound, at work I got a break!  That may sound strange, but for me I never really enjoyed my first maternity leave, so by the time I went back to work I longed for “free time”. I was finally able to get stuff done that I didn’t get done while being home all day with my baby.  Slowly we learned our new rhythm and found our new normal.

Less than 2 months being back to work I got a promotion!  The following year I got pregnant with my second, and while pregnant, I got another promotion to a Vice President and was finally being paid what I was (almost) worth. I finally had the title and salary I dreamed about. I felt like I had it all, I was a successful business woman and a great mother to my children.

I took a little more time off (2 weeks more) after having my second daughter, which was amazing, especially because after 4 months I actually started to really enjoy maternity leave and our time together.  Unfortunately right around that time, I had to go back to work.  I wanted to push my start date back but was afraid of loosing my job, for some reason things already felt off.  I didn’t know what it was, but something was different, it had been off prior to my leave too.   Call intuition, but I knew I wasn’t going back to the job I left. I seriously thought I was going to go back to work and be fired.

Then I went back to work and no joke from the moment I walked in the door, it was a 180 degree turn from when I left.  My supervisor who used to be a friend, had turned on me and I was bullied almost everyday.  I was constantly being undermined and my whole department had been reorganized while I was out. I was only made aware of this by those who reported to me.  Most of my team reported to other people now (which I found out later was a lie) and I realized later I was being told one lie after another. Despite asking for updates, I got none, instead I got yelled at for bringing stuff up that went wrong. I was told that I if I wasn’t perfect I shouldn’t bring anything up.  Between my postpartum anxiety (which I didn’t quite realize I had yet) and stress of going back to work, I was pumping (on a good day) 6 oz…which is less than half of what I needed to provide for my baby.  I was angry all the time, I would call my husband on the way to get the girls and yell, vent, scream to him so I wouldn’t take it out on anyone when I was in mom mode.  The worst part is that I wasn’t directing my anger towards the source, I was carrying it around with me.

I wish I could say, I never brought it home with me. But, I did. That made me sad, I hated being angry at my toddler for doing toddler things. I felt lost, confused and didn’t know how bad it got until I was able to look back with a clearer head. My husband constantly told me I should quit, we had MANY conversations about it.  I was mad. Why did I have to quit my job to stop the bulling? I worked so hard to get to where I was and the only way to stop the harassment was to leave, shouldn’t I be protected by my employer?! I still have no idea why I was treated like that.

A few months later, I found my rhythm and things seemed to have sorta mellowed out.  Work was not the same, but I was making good money and I had a new baby to think about. Plus, I had already put in the blood, sweat and tears and wasn’t about to just give that up. About  2 weeks before Christmas everything was put in perspective when tragedy hit our community. That same week the CEO completely belittled me during the staff holiday luncheon in front of the entire office over the table placement and the restaurant being too loud.  I was sitting there with my baby on my lap (daycare was closed that day and I had no back up care), my eyes welling up, trying to not cry.  I barely ate my lunch or talked to anyone after that, I just held my baby close and decided I had enough and that was my breaking point. I was done.

It was a liberating and equally scary moment.  In a text to my husband, I asked if he was okay with me quitting (we had already had this conversation many times prior), his response was if you walk out now and never go back I support you. The situation had not only taken a toll on me, but our relationship as well. His support meant everything to me, I wasn’t sure he realized how serious I was, truthfully I didn’t realize how serious I was till I got in my car started to drive away and just lost it.  No one should feel that way or be put down, bullied over and over again in the workplace.

If this scenario happened the first time I went back I probably would have thought, that’s just my new normal as  working  mom. Which is so sad to say, but the truth. It’s not the way anyone should be treated and no one should be treated like that regardless, if they have kids or not. That helped me make this decision. It was a different environment before I went on maternity leave, and me having another child shouldn’t have changed that, especially since it did not affect my work at all.  If anything, I got even more done in less time. I was still one of the first people in the office and more productive than half my colleagues, but that didn’t matter.

So I quit and started my new chapter which is refreshing, scary, exciting and I know deep down the best thing for myself and my family. 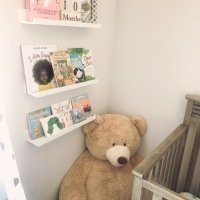